The Ikessar Falcon by K. S. Villoso and My Relationship with Sequels

The Bitch Queen returns in The Ikessar Falcon, the action-packed sequel to K. S. Villoso’s acclaimed fantasy debut, The Wolf of Oren-Yaro.

Abandoned by her people, Queen Talyien’s quest takes a turn for the worse as she stumbles upon a plot deeper and more sinister than she could have ever imagined, one that will displace her king and see her son dead. The road home beckons, strewn with a tangled web of deceit and unimaginable horrors – creatures from the dark, mad dragons and men with hearts hungry for power.

To save her land, Talyien must confront the myth others have built around her: Warlord Yeshin’s daughter, symbol of peace, warrior and queen and everything she could never be.

The price for failure is steep. Her friends are few. And a nation carved by a murderer can only be destined for war.

Thank you so much to Shealea at Caffeine Book Tours and Orbit Books for sending me an eARC and a physical ARC in exchange for an honest review.

The book was such a fantastic follow up to The Wolf of Oren-Yaro. As you go through it, you can see that K. S. Villoso really put a lot of work into building on the world she’d established. Which was, of course, one of the things I was really looking forward to. I knew that Wolf opened the world up for so much more world building and many more adventures, which is one of the reasons why I loved it so much, but it also really set the stage for an even more epic sequel building on the sweeping, beautiful world of book one that will absolutely take your breath away.

What I really like about this series, as a whole, is that it’s about characters I don’t usually read about: parents. Most of the books I read are concerned with kids/young adults taking on the world, and as much as I love that (as a young adult person myself), I really liked the way that being a parent and the responsibility and love that the main character, Taliyen, has for her kid plays a huge role in the story structure. It really does shape the story, and though there were times I found myself annoyed and disagreeing with her actions, I understood why she did what she did, the longer I thought about her actions.

My main concerns, in the beginning, were that the book wasn’t moving fast enough for me, but I realized that was because this book is long in physical format, and so it made it feel even longer in eBook format. When I began my physical ARC, I went through the book much faster. I really flew through!

K. S. Villoso has this way of pulling you into her stories, which I talked about a little in my review/chat about The Wolf of Oren-Yaro earlier this year, although it feels like it was forever ago. I do remember that the one thing I really liked about this is the sharpness of her writing, the honesty around it and how she trusts her audience to not over-explain things. And the way she settles you into the world with her masterful use of the senses is just *chef’s kiss*.

Pacing, I think, is what I struggled with most in the book, because it’s my struggle with almost all Adult Fantasy novels I’ve read. Which wasn’t the book’s fault. I’m still quite new to the Adult Fantasy world, and so I’m used to the quickness of YA Fantasies, and that kind of still gets me when I go into books with massive worlds like that of The Ikessar Falcon. I’m a bit more used to it now, thankfully, but I still have a long way to go until I’m immersed enough in the age category and genre to not struggle with that anymore.

Should You Read The Ikessar Falcon?

Yes. Especially if you’re a fantasy fan. It’s a good intro. to the genre and age category mix, and it doesn’t expect its audience to know everything but also, like I said above, trusts its audience to not guide it around the world like a child. It has the perfect balance of explaining necessities, and keeping mystery so that it takes you by surprise with every plot twist. You feel like you have an idea of what’s going to happen, which direction you’re headed in, but then Villoso will so easily and effortlessly pull the carpet out from under your feet, you’ll almost be thankful that she did. And gods, I cannot wait for the final book in the trilogy. I just know it’s gonna be amazing.

Sequels and Their Troubles

So this brings me to my relationship with Sequels; sequels are tough. To write and to review.

I usually don’t review sequels since I find myself trudging through them a lot because sequels, especially when they’re the bridge between the beginning and the end, can often lose a little bit of the magic that I first felt in book 1. It’s not necessarily due to malovelence, I would go so far as to say it’s not malevelence at all. I think it’s because, especially with debuts, authors have spent so much time working on the first book of a series of any length for so long, with hopefully many eyes on it to make it the best it possibly could be, that those books are bound to be their best work in that line of books. They’ve honed their skills, they know their style, and their process, which, up till that point, has been very isolated to a certain degree.

However, with the sequel, you have to learn to work with an editor and maybe even a literary agent, who have a very different relationship with you and your work than any critique partner or beta reader ever has had. You have fewer people involved because you have to keep your work under wraps, and you have a sales history to follow you, and considerably shorter deadlines to meet. So, sequels are iffy. They’re tough to critique for me, too, as someone with an intimate knowledge of having to build off the world you’ve set up, and bring it to a place where you can spin out your conclusion in a meaningful, significant way that hopefully satisifes a large chunk of your audience.

I’m glad to say, thought, that, as I sat with The Ikessar Falcon, these were not thoughts crossed my mind.

I really found myself lost in the world, maybe not in the beginning while I was working on it with the eBook, but as I further moved into the story, I was wrapped up in the political intrigue (which I absolute adore in Fantasy novels), the relationships, the characters and their wellbeing. I wanted more of Tali, Khine and yes, even the douche that is her husband. Because they just dug a home deep in my heart with their wants and needs and character arcs. I think they’re just….such amazing characters, and I can’t wait to see more of their morally greyness in the conclusion to this epic trilogy.

This is it for the spoiler free section of this review, when the book is officially out next week, I will add my spoilery section to the rest of this discussion/review post.

Follow the #DethroneTheDragonlord Booktour, and you can start with the Blog Tour schedule below:

September 16
Bookathon
Flipping Through the Pages
Love Yo Shelf

September 22
Accio! Blog
In Between Book Pages
Pages in Waves

September 23
bookdragonism
The Bookworm Daydreamer
Musings of a Bookish Teacher

Thank you so much for reading, and until next time,

Resources and How to Help

Donate to Milwaukee Freedom Fund, which is extending support to protestors in Kenosha

Thread of charities and organizations to donate to to help Palestinians.

Places to Donate (via Ways You Can Help Carrd)

Peace and Healing Fund for Darnella

Palestine and How To Help

Ways You Can Help Carrd

Use Your Voice Carrd

Why the Fight for Racial Justice in the US Requires the Abolition of the Death Penalty. (ARTICLE)

Finders Keepers in the Holy Land: So Who Was There First? (ARTICLE)

Palestine is Still the Issue (ARTICLE)

A thread of books to read on Palestine’s History (BOOKS)

Re(Defining) the Black Body in the Era of Black Lives Matter: The Politics of Blackness, Old and New. (ARTICLE)

6 thoughts on “The Ikessar Falcon by K. S. Villoso and My Relationship with Sequels”

Be loudly and proudly, simply who you are. 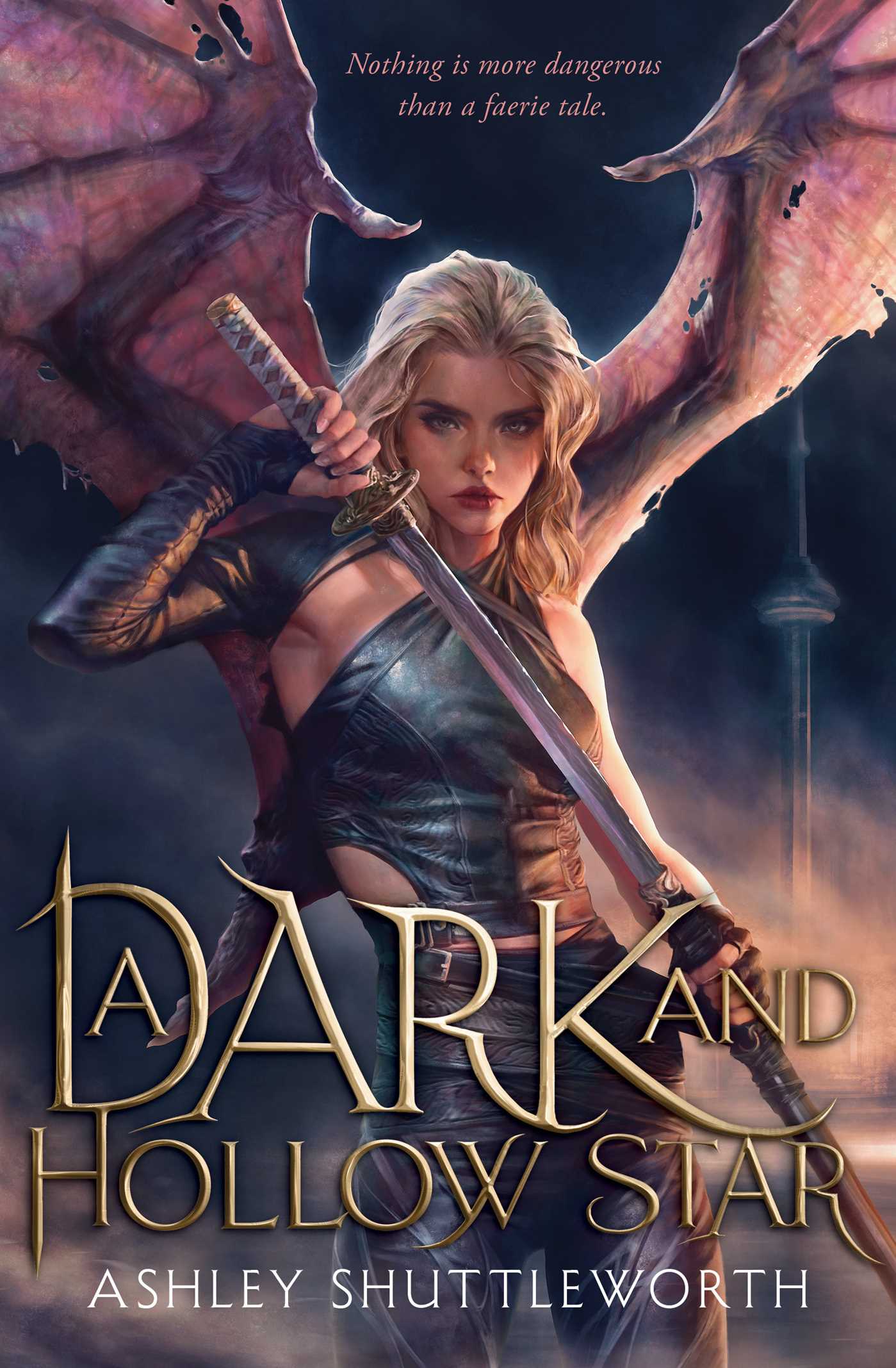